There are only a few months left before WWE’s big return to the UK with Clash at the Castle, a live Premium event scheduled for Saturday 3rd September at Cardiff’s Principality Stadium (read everything you need to know here). A show that promises to be iconic and historic. Meanwhile we had a chat, exclusively for Pop Culture, with the Raw Women’s Champion, the WWE EST: here is our interview with Bianca Belair.

WWE will once again play a major event in a UK stadium after more than thirty years of absence. The last show, in chronological order, was SummerSlam ’92 at Wembley Stadium in London. What memories do you have of that show? favorite match? 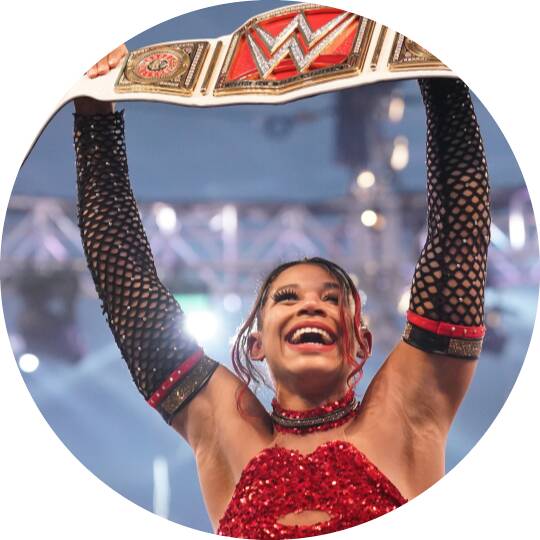 The path that led me to WWE was quite particular. As a child I didn’t follow much, I saw something with my brother, but that’s where it ended. When I then signed with the company, I tried to recover as much as possible and SummerSlam ’92 was without a doubt an iconic event for WWE and fans in the UK. That is precisely why we are delighted to be able to return to a great stadium in the UK after more than 30 years. I think that the fight that has been etched in everyone’s memory, and certainly in mine too, is that of Bret Hart and the British Bulldog.. A stellar main event.

In recent years there have been many British superstars who have joined WWE. Who would you like to face in Clash at the Castle?

Do I have to tell you the truth? I don’t have a specific name in mind, but I’m ready to face anyone. I am the Raw Women’s Champion, the WWE EST and I deserved to be at the top of the women’s division. I will defend the title with pride.

Speaking of European superstars, we cannot fail to mention Becky Lynch with whom she had a great rivalry. What do you think of it from a human point of view and what do you think was the best game you’ve ever played?

Becky is a fantastic superstar, in and out of the ring.. At WrestleMania I had to fight tooth and nail to take the title from me, but it was phenomenal as always. There’s no arguing that Becky has been instrumental in a shakeup within the WWE women’s division in recent years.. First in the Four Horsewomen, then in the single, Becky has managed to break down the proverbial barriers within our sports-entertainment world, while also excelling outside. She reinvented herself as The Man, now as Big Time Becks, and lately she has helped me a lot. As for the favorite match, I would put WrestleMania first, but also the extreme rules that we have played in the past made me proud.

Clash at the Castle will have fans from all over Europe, including Italy. What message would you like to give to the Italian fans ahead of the big event?

Clash at the Castle will be an iconic event that will go down in history. Anyone who has the opportunity should definitely come to Cardiff and see it live. As mentioned above, WWE is returning to a major UK arena after more than 30 years and anticipation is running high. I am excited and look forward to defending the Raw Women’s Championship in front of an exceptional crowd..

What does the future hold for Bianca Belair?

I want to continue giving my best to improve my reputation within WWE. I believe that I am in top shape, physically and mentally, as well as being the face of the new generation of superstars in the women’s division. I want to create new WrestleMania moments: I have two wins in a row right now, one at 37 and one at this year’s edition, but that’s not enough. I faced and defeated three members of the Four Horsewomen, Charlotte Flair is missing. I admire your dedication, your passion for our world, and your athletic abilities. Being able to face it, perhaps in the next edition of WrestleMania, would be a great goal.