Born in 1986, former MMA fighter and superstar with a great past on the independent circuit. After performing all over the world, Riddle managed to fulfill his lifelong dream by signing a contract with WWE. He now he is one of the absolute protagonists of monday night rawthe flagship show of the Company, where he managed to conquer the titles as a couple with Randy Orton, forming the fun team known as “RK-Bro“.

We had the opportunity to interview him, exclusively for Pop Culture, on the occasion of the WWE SuperShow held on Sunday, November 7 at the Wembley Arena in London. This is what he told us.

LC: The strange alliance with Randy Orton seems to have paid off. You have become the champion duo of Raw and the public loves you. Can you tell us about the genesis of “RK-Bro” and tell us who the idea was? 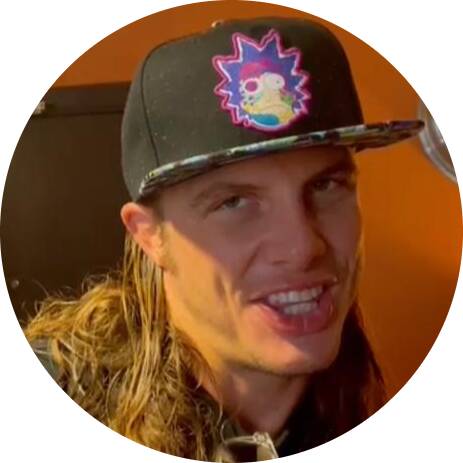 It was me who raised it with WWE a few weeks before WrestleMania.. Initially everyone laughed at me because they didn’t think it could work, we were too different! Instead, I’m glad it was this contrast in style between our characters that created something unique. It’s been a totally uphill ride ever since and we’re having a blast. I wanted the typical “buddy cop movie” dynamic to be established between us.hilarious and serious at the same time. Randy is a veteran of the business and being able to partner with him means a lot to me. A great alchemy has been created between the two that I hope will continue in the future..

LC: I loved your grand entrance with the camel to Crown Jewel

As I told you a while ago, we are doing everything possible to make our team attractive to the public. This entry was also a strategic move and it worked very well.. Randy didn’t even know he was going in with a camel..

LC: You have been a major asset to NXT in the past. What do you think of NXT 2.0 and this new format chosen by WWE? Can it succeed in your opinion?

When it was part of NXT, it was considered the third brand of WWE, but there was little room for the new generation. Now, in my opinion, they are doing what they should have done from the beginning: creating a development platform for the next generation of superstars., without resorting to independent talent. Not that this is wrong, mind you, but it seems right to me to create talents in-house and then “explode” into the main roster. Take Bron Breakker, for example. That guy has undeniable talent and will do great things in WWE, and like him there are so many others in this new iteration of NXT..

LC: Speaking of independent federations, before joining WWE you performed all over the world, especially in England for PROGRESS, where you gained a huge fan base. How do you feel about being back in London, especially inside Wembley Arena, this time as a WWE Superstar?

For me, it’s definitely exciting, especially since we haven’t toured abroad for almost two years.. I’ve performed here in London several times and it’s a real homecoming. I am happy to be able to find the warmth of the fans who have helped me in the past and still support me on this incredible journey today. Not to take anything away from my past with PROGRESS, but performing on behalf of WWE and especially partnering with Randy Orton is an incomparable thrill. I also wanted to play in Germany, I hope I can do it with the next European tour.

LC: What does the future hold for Riddle? Are you thinking of only one route?

I don’t know yet, brother. I plan to enjoy the moment and make sure that RK-Bro’s success lasts as long as possible.. I have been a United States champion in the past and would love to wear that belt again. However, the main goal remains, as always, to become WWE Champion one day.

We remind you that you can follow the exploits of Riddle and the other Raw superstars, following WWE’s weekly programming on Discovery+. To subscribe to the platform, at an affordable price, just follow this link.