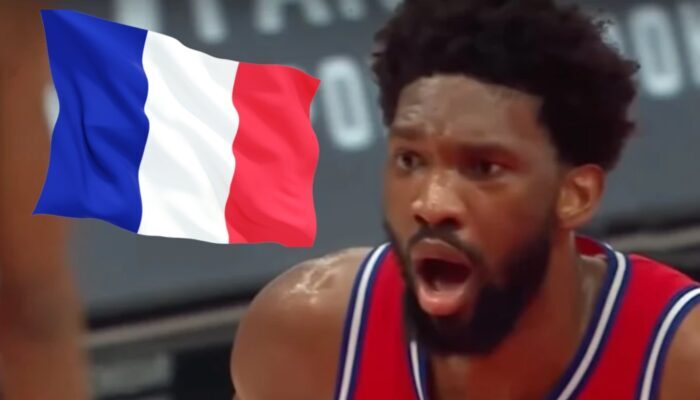 Finishing his season with the 76ers, Joel Embiid has agreed to return in the last hours to the recent rumors that send him to the Blues. In almost perfect French, the star center took stock of his state of mind on this matter.

Logically disappointed by the outcome of the course of his franchise, he did not want to avoid the slightest issue at a press conference, even if that meant launching a few incendiary statements. Joel Embid In fact, he was a good customer against reporters on Thursday after the 76ers’ elimination against the Heat. In addition to taking stock of the season, inevitably mixed, he answered bluntly to questions but traps.

Whether it’s to confess his regret at the departure of Jimmy Butler, or to crush James Harden’s performance since he moved to Philly, the Cameroonian pivot did not try to take tweezers. Amaury Perdriau of The team He also took advantage of it, and launched it on the boiling file… of his possible French naturalization, and his arrival in the French team. Again, JoJo did not disappoint!

Joel Embiid thinks about his health before the Blues

Before giving the background of his reflections on his hypothetical future with the Blues, Embiid made the whole room laugh with a nice touch of humor:

Joel Embid: Do you want me to answer in English or French?

Journalist : Whatever you want !

Joel Embid: In French then, so they (American journalists) will not understand anything!

A response followed in which he recalls his ties to France… while procrastinating:

I have many friends and relatives in France. As far as this approach is concerned, I don’t really have an answer. But as I said, I’m sure I’m going to have to have surgery on my finger, so this summer I want above all to be healthy, and then we’ll see what happens next.

Asked this time in English about this soap opera, the big man told a similar story, remembering that he would always prefer his career in the NBA to his record in international competitions:

I just said that I was focused on getting back to 100% physically. It is the most important. Obviously, the NBA season remains a priority for me, and I will always prioritize playing 82 games and the playoffs before making plans for the summer that prevent me from getting there.

In other words, it seems unlikely that Embiid’s arrival in the French team will accelerate in the coming weeks. The latter will want above all to recover all his physical abilities, before thinking of reinforcing Vincent Collet’s group in XXL form.

Very physically disabled, Joel Embiid has hinted that he will not be able to play the Eurobasket with the Blues in a few months. Otherwise, he in no way closes the door to his naturalization!