GRAM.Lovers of sports video games and retro gaming in general will surely remember Mario Tennis, a title that is once again available thanks to the Nintendo Switch Online service

When it comes to retro gaming, our favorite plumber titles abound, but Why don’t you check out sports games like Mario Tennis too? After go-kart racing, golf, and soccer, it’s time to get into the details of another one. nintendo sports adventure.

Released in the Land of the Rising Sun during the summer of 2000the title also came in Europe in early November of the same year towards the end of the life cycle of the Nintendo 64. It was a very particular period because even the beloved Nintendone cartridges were about to give way to CDs, technology already in use with the first PlayStation, but the Kyoto house still wanted to publish its very personal title in collaboration with Camelot Software Planning (who have signed and continue to sign their sports chapters). But let’s start from the beginning.

In the beginning it was the Virtual Boy

A title with a very similar name had already been published a few years earlier, in nineteen ninety fivefor that curious gaming peripheral that was the virtual boy. In fact, to be even more precise, it was included in the bunch console and it was also the first title where our favorite mustachioed plumber wielded a racket.

The title in question had mixed reviewsbut the few characters available (only seven) combined with a certain inconvenience of the game’s peripheral and a color palette limited to two (red and black, so best wishes for a headache) they certainly did not play in his favor. On the other hand, however, the style of the characters on the “screen” perfectly followed the one present in the guides and illustrations since then. But now we come to the result of the Nintendo 64 version, that is, the “pixelated” graphics that all fans of the sector have come to love over the years. 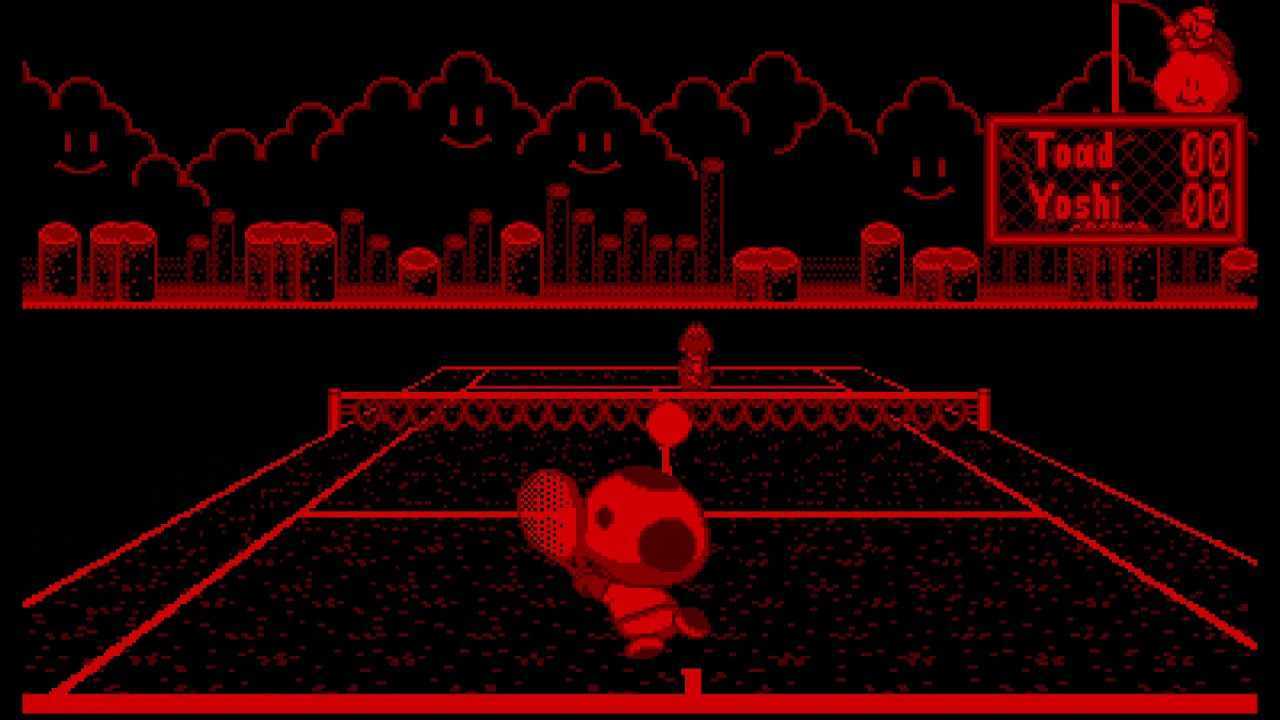 An aircraft flies through the blue skies bringing a mega screen sideways announces the “Tournament of Stars” to all the inhabitants of the Mushroom Kingdom. In fact, Nintendo’s colorful and fun characters are more than ready to battle it out on the pitch to the sound of rackets and balls, with Toad as the reporter, but there are some characters that seem to have been left out of the game

In fact, they sprout from a corner. Wario Y waluigi (the latter does its thing here debut in the world of video games with the Big N brand) quite disappointed that they start arguing with the two iconic hydraulic brothers. Thus, the characters exchange a series of hateful glances, almost touching the brawl on the field of play, until the light of a spotlight opens the way for two other participants in the tournament, that is to say Bowser Y Boo. 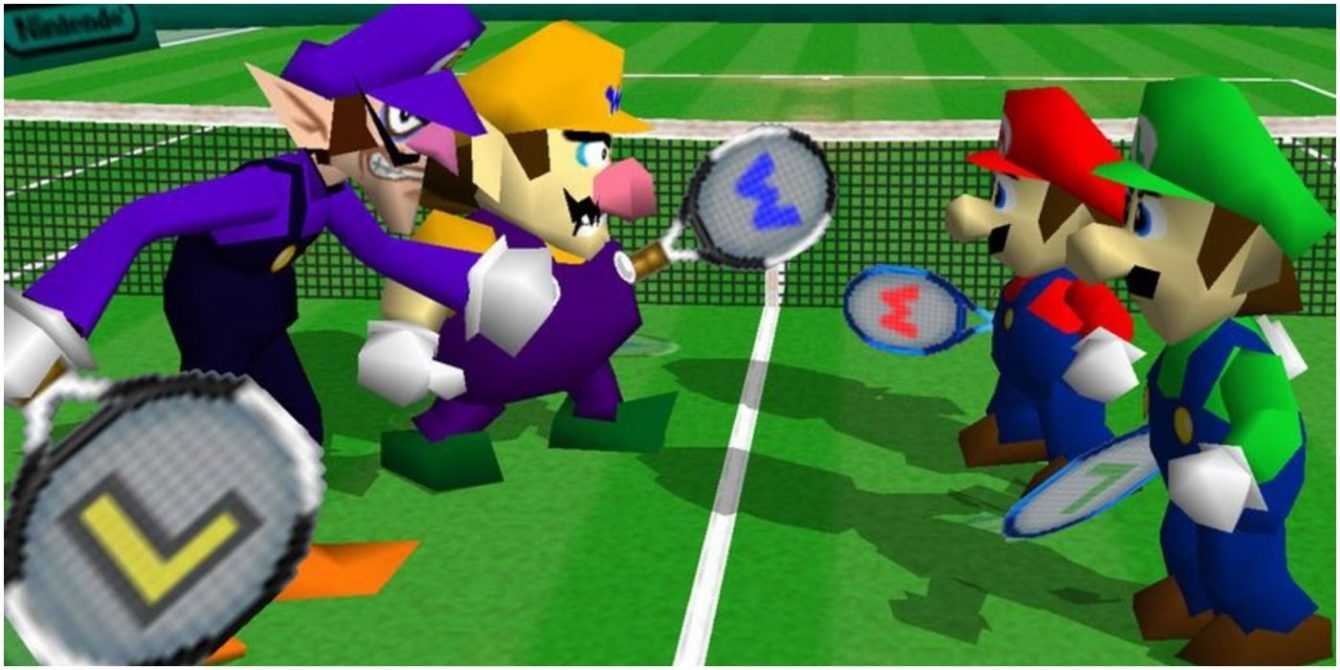 The tension is through the roof, but in the end everyone laughs and gets ready to play. Until the moment a Bob-omb enters the scene which explodes and takes the player to the screen “Press start”. A very good start, no doubt! A more than interesting soundtrack will keep players company for the duration of the title, making them decide whether to face the different challenges alone, therefore against the CPU, or together by connecting up to four controllers to the console.

The title appears with “relatively simplified” commands where, in addition to the type of plane and the slide, the use of objects of certain shapes will also be allowed, but let’s proceed in order. First of all, remember that of course here we are not facing a simulatoras you go further into the arcade, but the gaming experience that follows is really fun, especially if you play together (a bit like the Party series or Super Smash Bros. in short).

In addition to the classic tournament modewhich needs no explanation, you can decide how to proceed in the following ways: 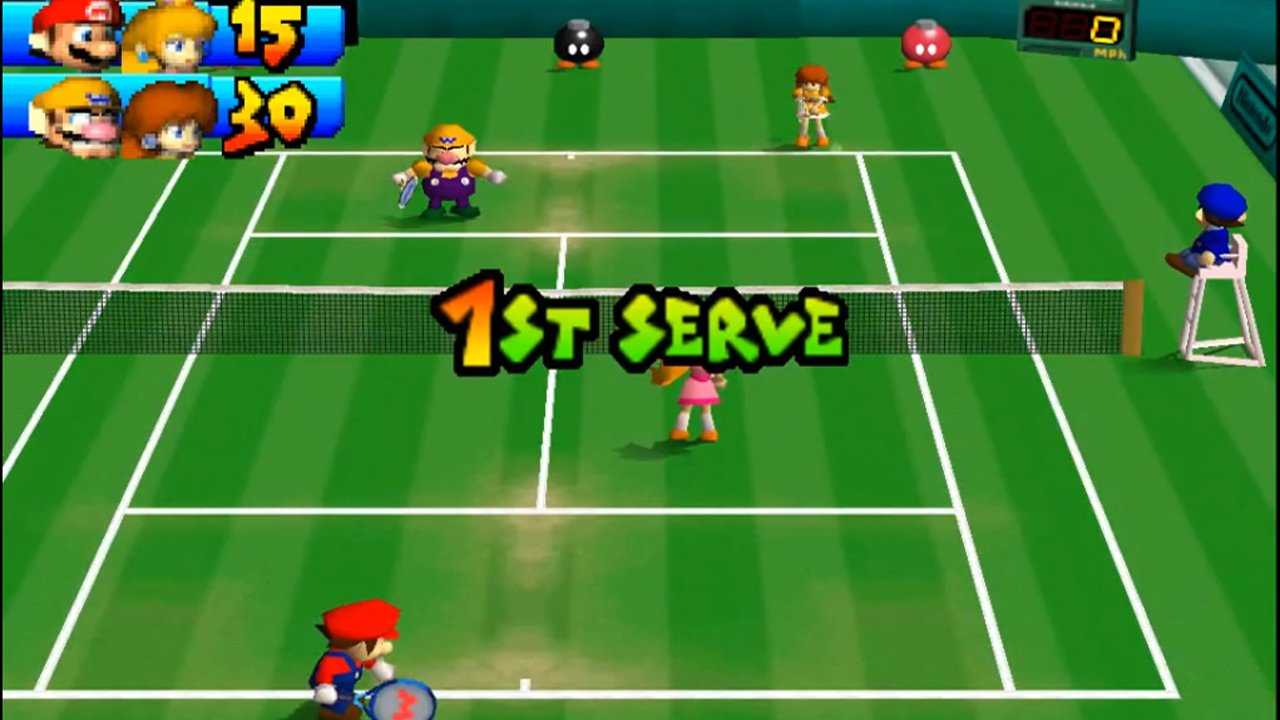 In addition to introducing Waluigi to the general public for the first time, as mentioned above, the title offers players a series of characters with much more personality and unique facts thanks also to their exclamations and interactions during the best moments. Soon, you will not feel that you are always playing with the same character, but with different outfits! In this way, players will be able to better calibrate their style of play and increase the fun.

In addition to the available characters, which we report below, there are also two unlockables (Donkey Kong Jr. and Shy Guy) and they all fall into types which, however, do not need to be explained as they are very intuitive.

But wait because it’s not over yet! Indeed, connecting the Nintendone to the Game Boy Colorit was possible to unlock four other charactersall technicallike Alex, Harry, Kate and Nina. 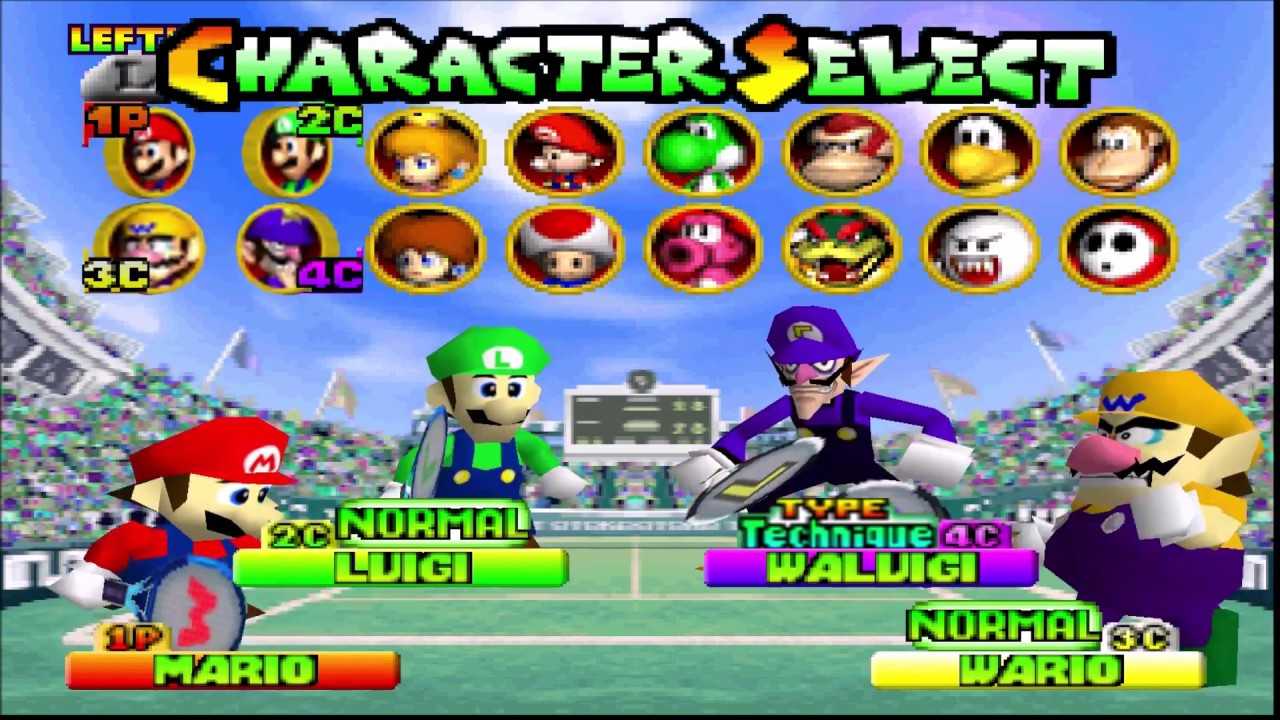 Following this particular type of sports adventures would end up on all Nintendo consolesincluded portable, enriching each time with a few more elements than in the previous chapter. From the Game Boy Color to the Nintendo 3DS, obviously going through the Advance, to the GameCube and the Wii, the title has keep whole generations of players company and always evolve upwards.

This is well demonstrated by the Recent Aces Released on Nintendo Switch in Summer 2018four years ago in short, which managed to expand the brand by adding even more challenges and even a more solid history to this sports title.

Also, for lovers of nostalgia, we remind you that this title for Nintendo 64 was also available on the Wii Virtual Console and Wii U as well as in the mythical console of the nineties. And if you like sports titles, but they are also light-hearted and perfect for a night out with friends, then you might consider buying nintendo switch sports (here you can find our in-depth review). 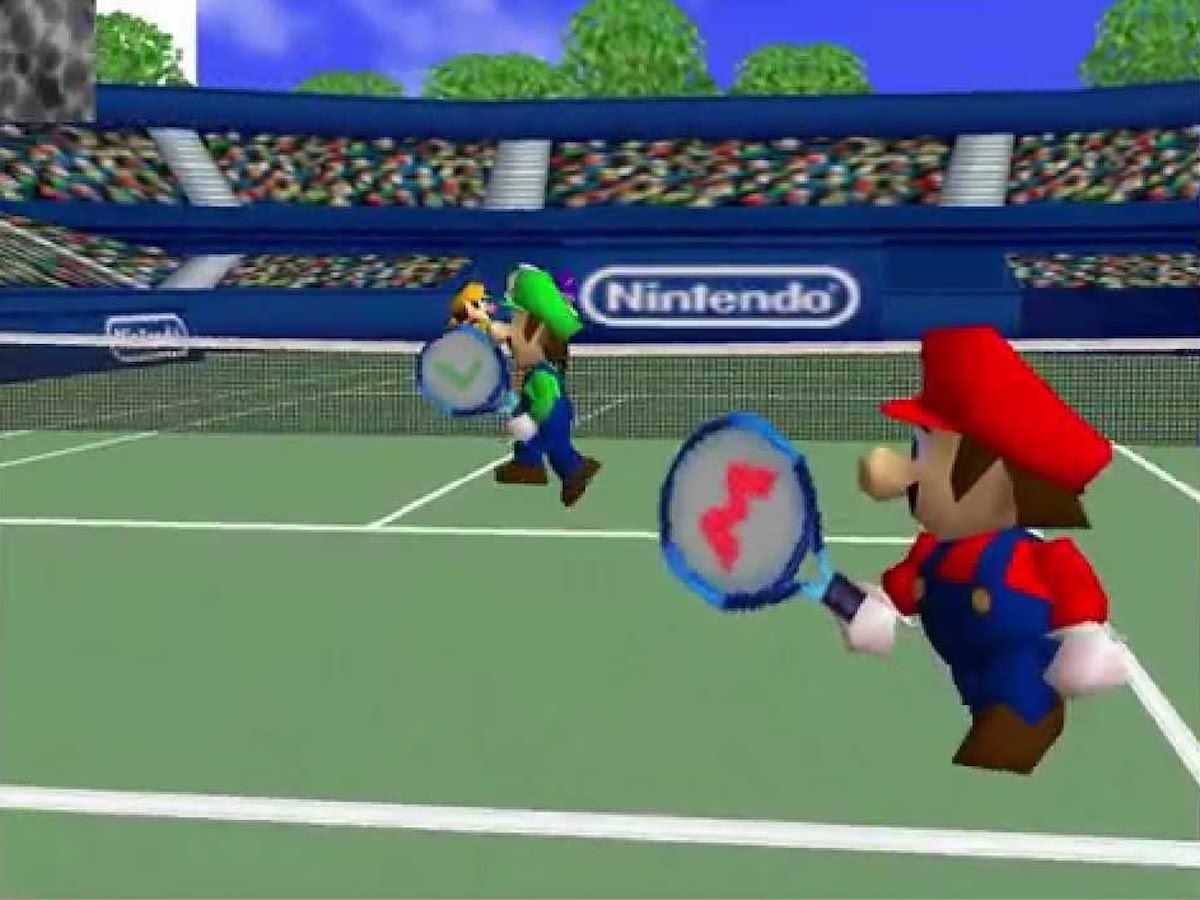 A title to play until the last set

In conclusion, Where can you find this title to make your collection even more complete? You can still find Mario Tennis at eBay or in the catalog of the various stores retrogaming, both online and offline, starting from €20 onwardsbut always pay attention to the condition of the cartridge and the shipping costs!

And if you want to play it safe and enjoy it both in portability and with friends, you can always play some games on Nintendo Switch Online in the section dedicated to Nintendo 64. A catalog that is gradually expanding, but to which we would prefer to add more games at once instead of dropper. Let’s hope for the best anyway.

if you want then recover other titles of the Big N, and more, at the best price ever, then we recommend that you click here, meanwhile, to be constantly updated on the great world of video games from yesterday and today, we are waiting for you at tuttoteK!

(on sale on amazon.it)Not to be missed!