After winning the WWE Championship twice, including once at WrestleMania against Brock Lesnar, Drew McIntyre ended up on SmackDown trying to get back on the climb to success. The feud with Happy Corbin catalyzed the last months of his career within the blue show and in the 38th edition of the “Grandest Stage of them All” the two will face each other to close the accounts once and for all. Here is our interview with Drew McIntyrewho told us about his expectations for WrestleMania and more.

In a few days he will face Happy Corbin at WrestleMania. How are you preparing and what are your expectations about it? 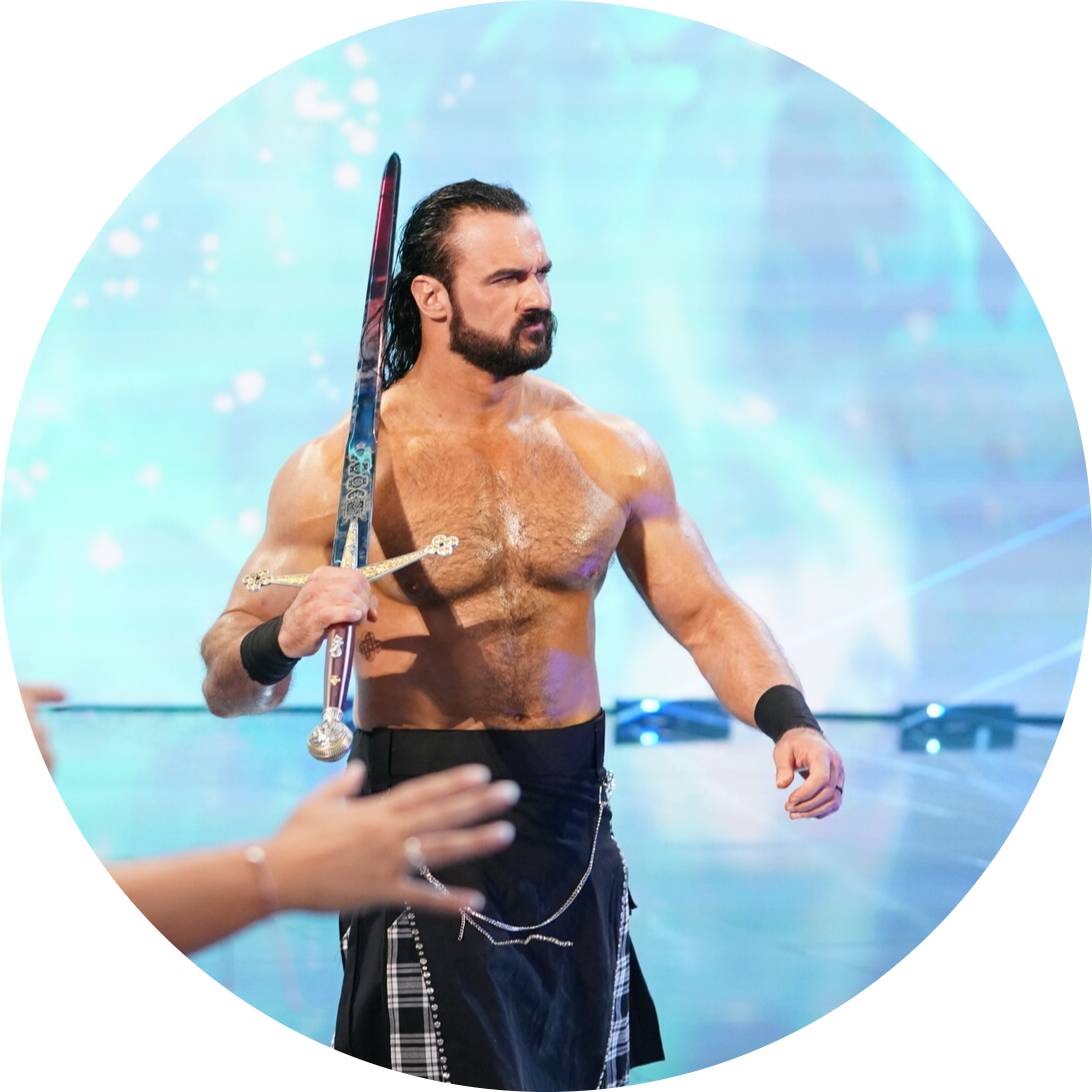 It will be a strictly personal match. Corbin has tried to end my career and I will do everything I can to embarrass him at WrestleMania. I still have to decide whether to beat him in a few minutes or make him suffer for a long time. One thing is for sure: our rivalry will end on the biggest stage of the year. I train every day, I feel physically and mentally fit after coming back from injury and I feel more energized than ever.

Once the feud with Happy Corbin is closed, would you like to return to the main event to attack the world title?

I absolutely miss acting in the titled scene and will do whatever it takes to get back on top. I will be watching the match between Roman Reigns and Brock Lesnar closely because whoever comes out the winner will have to deal with me. Roman and I have had several fights in the past, but now the situation has changed. I am 36 years old, with plenty of energy, experience and patience. He also knows very well that he is facing a different Drew McIntyre than in the past. I will wait for my moment to strike and come back with the title on my belt.

This year will be his seventh WrestleMania. In the past, you’ve done everything from participating in Money in the Bank to facing Roman Reigns, performing against Brock Lesnar and winning the WWE Championship in an arena without an audience. Do you still feel that feeling of adrenaline and energy?

WrestleMania Week is the highlight of the year for any WWE star. We work hard and pray that he stays healthy so we can take action. I am anxious and full of energy whenever I have to appear on television during the weekly shows, but WrestleMania is a different case. We finally return to the big event with the public, there will be fans from all over the world and I can’t wait to feed on their energy.

In recent months, several stars from the main roster have appeared in NXT 2.0, now Dolph Ziggler is even the champion of the brand. Would you like to return and, if so, who would you like to face the new signings with?

The answer is obviously yes. I would like to go back because, to be honest, I didn’t have a real goodbye moment. After losing the NXT Championship, I went straight to Raw, so I may have some unfinished business. I would like to face Bron Breakker, I think he has crystal clear talent for his young age, Roderick Strong and Gunther. Here in the past many wanted a fight between me and Gunther, now the time may have come..

Many were dissatisfied with your placement on the WrestleMania card, convinced that you deserved better. How do you feel about that?

I read various reviews online about my match against Corbin. After the various clashes with Reigns, Lesnar and Lashley in past editions of WrestleMania, for many it seems like a step backwards, but for me it is not. I will make sure everyone is amazed at the quality of my match and talk about it for a long time, even after the event is over.. There is also no denying that Corbin has talent. He and I don’t look at each other kindly, and again, I’ll embarrass him at WrestleMania, but to say he’s not a talented Superstar is lying.

What other WrestleMania matches will you be watching closely?

In addition to the match between Lesnar and Reigns, I am very curious to see Ronda face Charlotte. Ronda is as bad as ever, but Charlotte has shown that she is the queen of the ring. I’m also curious about the match between Bianca Belair and Becky Lynch who, in my opinion, did the best promotion of her career on Raw. Attention also to Sami Zain vs Johnny Knoxville, in my opinion it will surprise even the skeptics.

WrestleMania 38, the most exciting two-night event in WrestleMania history, will take place on Saturday, April 2 and Sunday, April 3 live from AT&T Stadium in Dallas. Tickets are currently on sale at Seatgeek.com. The event will be visible live and pre-recorded exclusively on WWE Network: here is the link to subscribe to the platform.