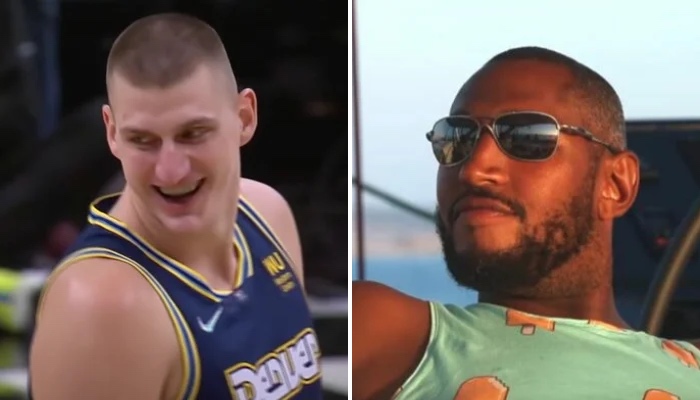 Since he retired, Boris Diaw has not especially talk about him in the microcosm of the NBA, although he remains one of the best Europeans in history. But this Wednesday, after his coronation as MVP, Nikola Jokic made a big confession about the former captain of the France team.

The race may have been close to the finish, but Nikola Jokic did indeed win his second consecutive MVP title at the end of another impressive season. Deprived of his two best teammates, Michael Porter Jr. and Jamal Murray, the center still managed to get his Nuggets into the playoffs, which speaks volumes about his impact.

But obviously, not everyone agrees with the voters’ decision, and in particular Shaquille O’Neal, who said he did not understand the selection criteriasince he saw Joel Embiid as the true MVP of this year… Evan Fournier also gave his opinion on the matter, inviting all the fans and all the observers to the reflection on the place of statistics in basketball.

Nikola Jokic was inspired by Boris Diaw when he came to the NBA!

But no matter what the specialists think in the end, the choice is made, and Nikola Jokic has joined the very close club of successive double winners of the most beautiful of individual trophies. Asked about the TNT channel by Charles Barkley and the other experts of the program Inside the NBAthe Joker paid an incredible tribute to Boris Diaw… No one had seen such a compliment coming.

The player who could cause the explosion and the march of Gobert!

When I came into the league, I tried to base my game on Tim Duncan, who is obviously a great player. He was someone we could take inspiration from, for me he was the perfect idol. But I was also looking for inspiration from Dirk Nowitzki, LaMarcus Aldridge, Boris Diaw… In fact, all the players who were not necessarily considered spectacular by the fans and the media.

Nikola Jokic always knew that he would not have outstanding athletic qualities, so he decided to be inspired by players who shone above all for their knowledge of the game and their mastery of the fundamentals. And among this category of players, Boris Diaw is obviously a model. If the student has now surpassed the teacher, we must not forget the exceptional talent that was “Babac”.

Borris Diaw drops 26 points on the Thunder to lead the Spurs to the NBA FINALS!#For life #Go Spurs Go pic.twitter.com/AUe9lZnvt8

Boris Diaw shouldn’t necessarily expect to be cited among all of Nikola Jokic’s inspirations, and yet he was put on the same level as Tim Duncan, LaMarcus Aldridge or Dirk Nowitzki, all Everyonetars That is his impact on the Suns and Spurs.