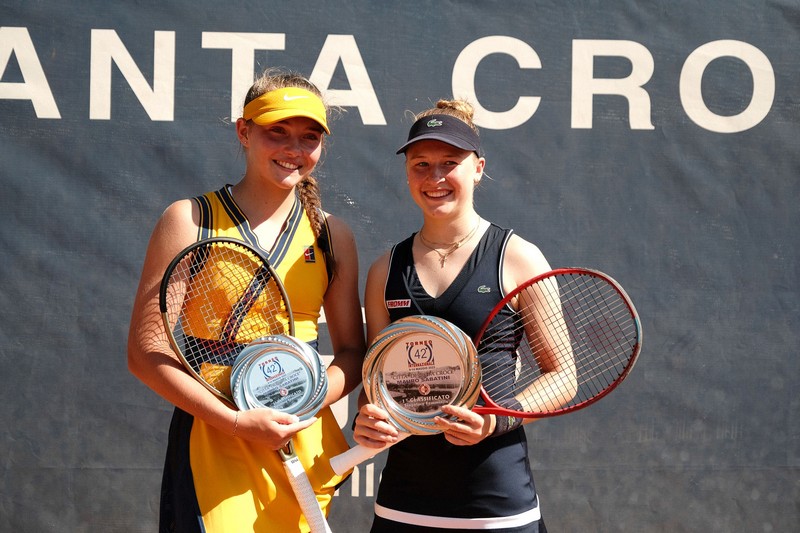 The Argentine Lautaro Midon and the Swiss Celine Naef win the 42nd edition of the Mauro Sabatini ITF “Città di Santa Croce” Youth Tournament, organized on the courts of the Santa Croce sull’Arno Tennis Club and the only grade 1 tournament held in Italy .

The program for the final day opened with the women’s final between Celine Naef and Nikola Daubnerova, a challenge between friends off the pitch and doubles pairs. The Swiss took over from the first games and held the lead firmly. In fact there was never a match and the match ended in just 51 minutes with a score of 61 60. Both have a very regular style, a good two-handed backhand and a lot of pace, however today Daubnerova hardly came out on the field. , paying dearly for emotion and low attitude at high levels. She, on the other hand, is well rooted in Naef, already permanently inserted in the professional circuit and winner of an ITF title in Monastir.

The final act of the men’s singles draw is much more balanced and exciting. Lautaro Midon and Bor Artnak openly challenged each other throughout the first set. If a sprint by the Slovenian, endowed with more power, was conceivable, the South American world number 17, a fan of Juan Martín Del Potro, put up incredible resistance in the rectangle, placing the decisive break of the opening set at 5-5. The second set continued along the lines of the first until 3-3, when Midon snatched Artnak’s serve for the second time. His whole game was a “I would like to but I can’t”, always on the verge of breaking the Argentine wall but never being able to do it. The Slovenian would have two chances to take the dispute to 5-5, but two serious errors cut off his legs; the triumph is for Midon with the score of 75 64.

The edition of Internazionali’s return to Cerri after two years of hiatus due to the covid-19 pandemic ends with great success from all points of view. It was not obvious to restart the mechanisms that had led to the review of the Santacrocese to be one of the ten most important youth stadiums in world tennis, but the organizing body did it with the same passion as always. The number of spectators who flocked to the Pisan fields both for the final and for the opening days of the event is remarkable: the desire to return to normality is great and sport is making a great contribution.

All the news from Santa Croce sull’Arno