On the night of Thursday to Friday, with a program on the NFL Network, The schedule of 272 matches for the 2022 season has been made official which will kick off on the night of September 8-9 with Thursday’s preview between the defending champions Los Angeles Rams and the Buffalo Bills.

The regular season will end between Saturday and Sunday, January 7/8, 2022 and all 16 games will be within the Division in an effort to keep interest in a playoff spot until the end. The Playoffs will begin on January 14 and end with the Super Bowl LVII which will take place in Glendale, Arizona on February 12, 2023.

According to the tradition three games scheduled for November 24, Thanksgiving Day: Bills vs. Lions at 6:30 p.m. Italians, Giants vs. Cowboys at 10:30 p.m. and at night Patriots vs. Vikings. The big news is three games scheduled for Christmas day: Packers vs. Dolphins at 7:00 p.m. Italian time, Broncos vs. Rams at 10:30 p.m. to close with Buccaneers vs. Cardinals. The bye weeks will start at week 6 and end at week 14.

Two historic anniversaries will be celebrated in the 2022 NFL season:

Confirmed pre-season format with three games scheduled. The season, as usual, will begin on August 4 with the Hall of Fame Game in Canton (Ohio) between Jaguars and Raiders, week 1 will be played between August 11 and 15 and everything will end on August 29 . 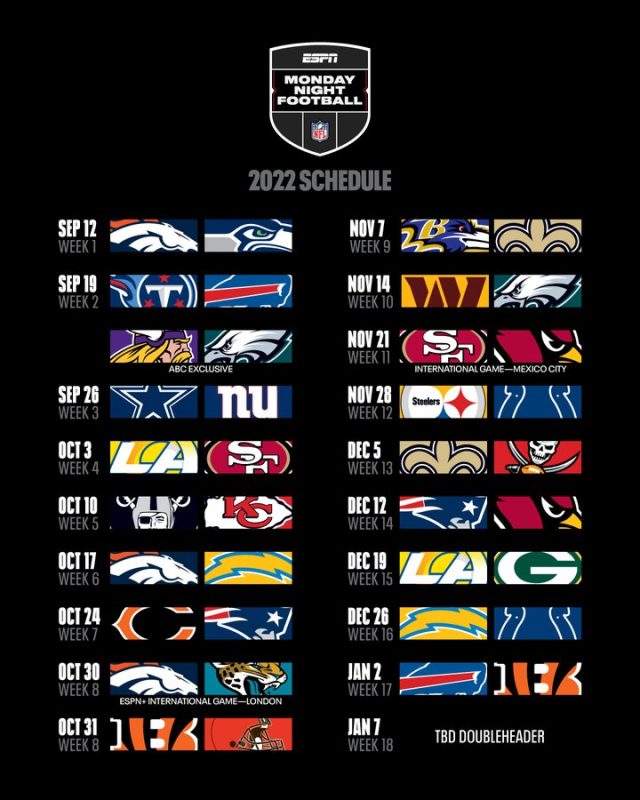 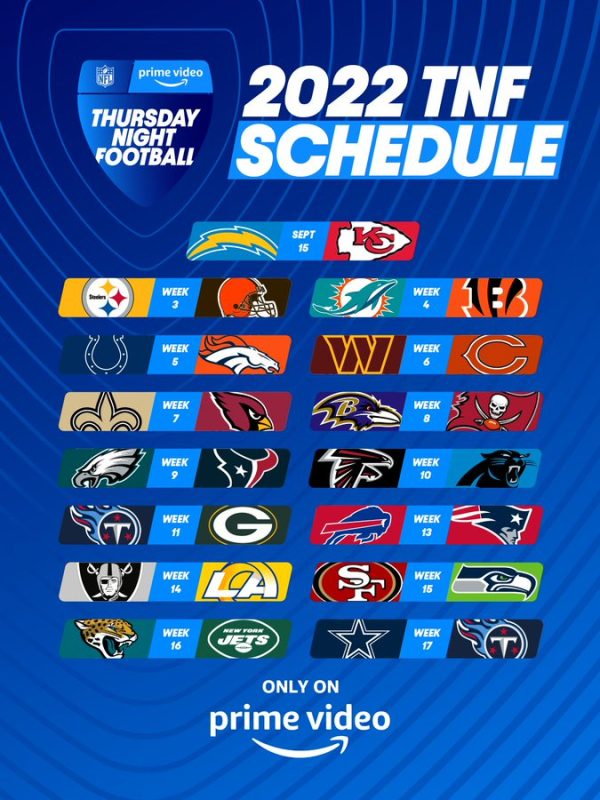 We remind you that the TNF will be visible live worldwide through Amazon Prime Video. 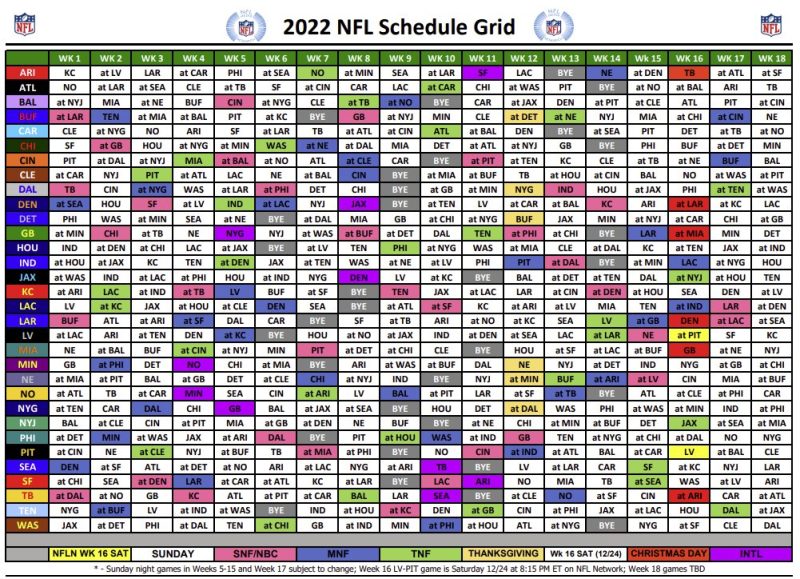 A nice presentation of the schedule of some NFL teams

Some tweets with the presentation videos of the teams (in this link you can find almost all of them on YouTube).

How to increase the ability to win throughout the 2022 season pic.twitter.com/qVZWWE4Pfy

We couldn’t think of anyone better to give your first opinion on our 2022 season schedule. Enjoy… 😂😂😂

The complete calendar in PDF format, day by day and team by team