Despite some technical difficulties left over from the last release, and sports entertainment that is no longer at its peak, WWE 2K22 proves to understand what it is all about.

There is a voice in the evaluation of the meetings in WWE 2K22 who esteems “drama”. And it is precisely in this aspect that the Visual Concepts and 2K Games title demonstrates a good understanding of the subject matter it deals with, wrestling, or in any case, doing it much better than in recent installments.

Rewinding the tape of the series, fans will remember that 2K had taken a sabbatical following major technical issues that had virtually irreparably undermined the 2020 edition. the launch of March 11 He was expected with special concern and a hint of concern for an interior or exterior that could mark the fate of sports entertainment in video games.

The good news is that, beyond the inaccuracies that will be reported later in this analysis, WWE 2K22 is once again, above all, a fighting game halfway between simulation and arcade that knows how to entertain. The meetings are entertaining and have that touch of “drama” that distances the discipline proposed by the Stamford federation from all the others. As in real wrestling, which also seems to have left its best moments behind, the game is full of interference and roll-ups, unexpected and never predictable closures, many special moves and finishers per gameand plenty of tools (such as the Payback mechanic) to reverse the course of a match that might now seem to be funneled into a win or a loss and instead…

The movements of the fighters in the ring/stage and the flow of the action are quite believable, with good concatenations between the different movements and animations of discreet execution, although still with a certain rigidity and too much union. The interfaces and controls sink in within seconds, thanks to a new familiarity, the basic simplicity of the schematics, and the excellent onboarding and tutorials scattered here and there.

The game is at its best in 1v1, whether it’s characters created from scratch, whether it’s center stage with legends of the caliber of Batista, Edge, or Undertaker. This is because, returning to that rigidity commented on a few lines ago, the 3-way matches or Fatal Four Way and the tags are more complex to handle: they anticipate the arrival of someone who interrupts the counts and is difficult to intercept due to a strict disqualification system. , but especially for the slowness in framing the objective to stop and it really hit him. 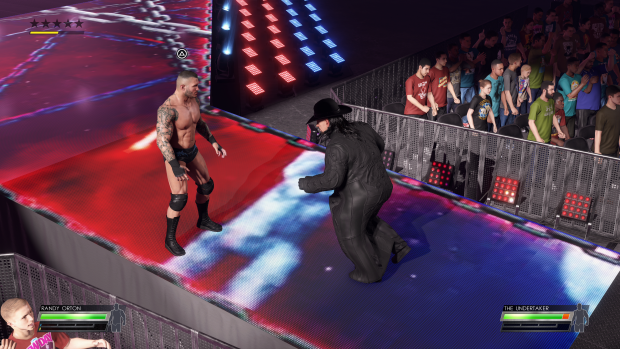 The defense is also well done, with intuitive block and counter systemsthat always work on the economy of the show: with their excellent responsiveness, they allow at any time to return to the top and gain a healthy boost to reload (within the limits dictated by an overlapping bar that irretrievably empties after a few hits ) the finishing moves and even get it right after a photo-taking meeting.

A novelty this year, outside the ring, is the modality my rise, an authentic story to live with a specially created fighter. The creation process is quite painful, undermined by dozens of uploads to endure even on PS5, and the story itself is very basic but, from a purely mechanical point of view, it is a tasty introduction for fans of American show business. 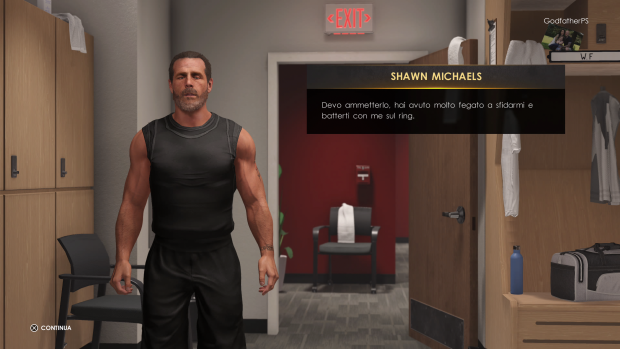 As in an RPG, it is possible to choose a background for your character, dictating for example that he comes from Hollywood or MMA, and this will influence the entertaining dialogues in the story, as well as the constitution of the fighter. . It is also possible to accept or reject missions, which will give points to distribute to the fighter’s skills and whose success or failure will affect some narrative crossovers, while the player’s behavior will determine if it will be. of a heel or a face. It is not a particularly elaborate work, but without a doubt, in a passage of the WWE 2K22 genre, it shows that it understands the fantasy of wrestling and knows how to package it in such a way that, with a handful of simple steps (letting, for example, freedom be good or villains), they can only exert considerable fascination on fans.

Under the hood, there are still some issues that highlight how the game is still in a precarious balance, from a purely technical point of view. In the ring, the difficulty remains in managing the interruption of movements, since in most cases, when an animation begins, there is little that can be done to prevent it from completing. And the behavior of the referee, who usually circles the sand before starting to count, is at least not refined. The entrances to the scene are mostly bare, the facial expressions and eyes are empty, and the faces in general in the middle distance can also be seen well, but up close some stand out. such marked inaccuracies (note the case of John Cena, to cite) which is difficult to explain for a product based on an official license. 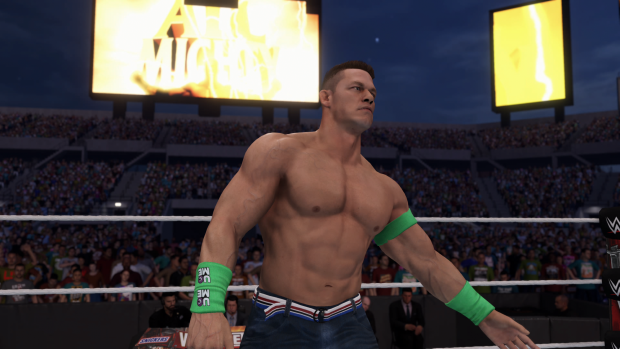 To be fair, it’s fair to point out that some characters have certainly done better than others – a virtuous example is Randy Orton – and a large part of the roster has received a massive update on WWE 2K20 but, also thanks to a complicated management of long hair, the representation of the fighters still has something wrong. Compared to that unfortunate release at least no particular bugs were found and overall the product is enjoyed without any major interruptions but the ropes cause some headaches from time to time the additional character animations are quite “uneven” and the most prominent actions at the end of the match are often concluded without a specific reason.

Overall, the naturalness and fluidity of Smackdown vs Raw in the PS2 and PS3 era change remains unattainable, but the series seems to be finally on the right track. The ideal will be to enrich the general picture – there are many modalities but each of them has structural deficiencies, and from a technical point of view there are details that are difficult to understand – and rationalize certain rigidities of the characters and the AI. . However, if you want a good wrestling game, WWE 2K22 is finally a viable option.