Having badly digested the 2K20 edition and worried that the series’ fate was now sealed, fans of the series eagerly awaited the new edition of a franchise that made history in digital sports simulations. The biggest fear was that the producer had the intention of dedicating himself to a title more focused on the arcade side than on the simulation side but, as you will read below, a not-so-bad phoenix has risen from the ashes of 2K20, capable of restoring confidence of the players. .
Visual Concepts’ efforts have resulted in a well-packaged product, absolutely solid and, above all, characterized by a valid control system, dedicated to greater immediacy, capable of guaranteeing a more satisfying experience. A tangible example of this can be found in the modifications made to the holds, the so-called grappling system that, finally, takes into account the positioning of the athletes in the ring and, above all, of the respective resistance bar. It goes without saying that this innovation would not have been gratifying if it had not been linked to the possibility of giving the player the power to decide when and how to carry out a certain maneuver, all supported by an effective handling of combos and the presence of minigames that handle submission moves. In general, the distinctive feature of the title continues to be that of a simulation that is as realistic as possible, which will certainly not displease the purists of the franchise.

The new combo and counter attack management system is excellent, but the presence of breakers, an absolute novelty of WWE 2K22, which integrate inversions that only work against initial combo attacks. Switches, on the other hand, kick in at a later time and counteract the long-term effects of combos, but you must act on the same action button pressed by the opponent. 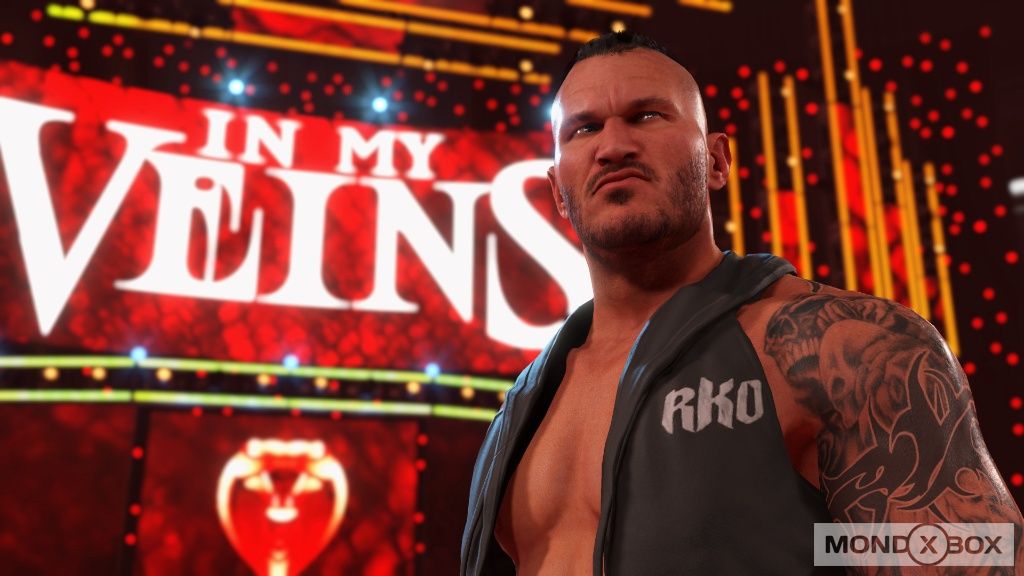 And if the gameplay has taken giant steps, the rebirth of the franchise could only go through a reinterpretation of the graphic style thanks also to the adoption of the new engine. Graphically speaking, the game is really successful with most of the protagonists characterized by truly superlative detail, so much so as to confuse them with their real counterparts. This care, in some cases bordering on mania, is also reflected in the animations of the characters themselves, absolutely faithful to what you can see on your television screens, especially in reference to current fighters; those of the past, such as Randy Macho Man Savage or Andre The Giant, unfortunately appear less refined both graphically and in animations. In general, the game arenas, sound sector, audience animations and entry scenes of the fighters in the arena make it clear that we are facing a new generation game, capable of squeezing quite a lot of the possibilities of our game consoles.

So the new game engine made it possible to handle the physics of the game much better than in the recent past, simulating the movement of the fighters in an extremely faithful way and taking full advantage of the execution of the movements, leaving something to be desirable in terms collision management. 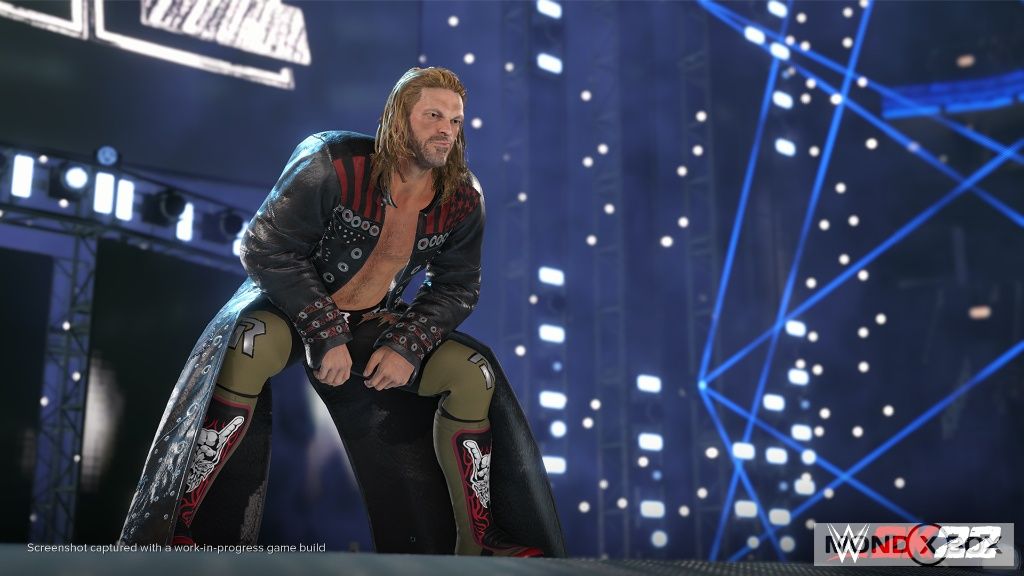 The squad is quite complete with the presence of 163 fighters available in the basic version and 168 in the Deluxe, between modern stars and legends of the past. The game also flexes its muscles in terms of available modes. WWE 2K22 welcomes the return of the General Manager mode which, to be honest, has never quite found favor with the general public, as well as the Exhibition Mode whose purpose is to celebrate the career of Rey Mysterio, the testimonial of the game’s cover.

The General Manager mode is really well built and guarantees that management component will give you some satisfaction. In fact, you will have to better manage your finances to hire fighters and create events according to well-defined schemes, also thinking about managing the fatigue of your fighters to avoid unnecessary and serious injuries. In GM mode you can decide to simulate or intervene in the first person in the match, perhaps when the match has already started. The biggest limitation of this mode is that you cannot play more than one season. 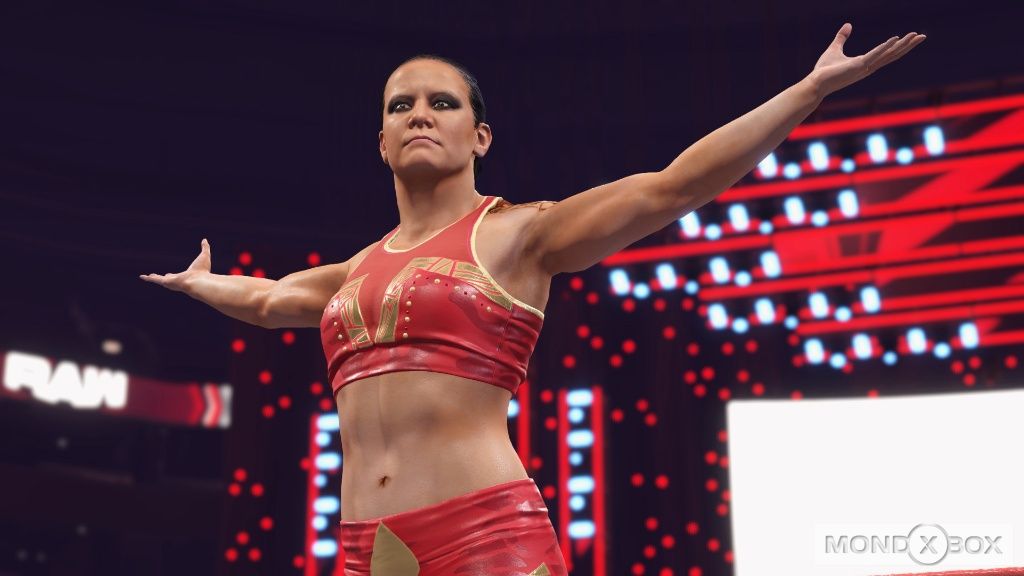 In reality, the meat in the fire is very different, starting from the multiple customization possibilities of the individual fights and, above all, from the My Rise mode (my ascent) in which we will be called upon to manage the progression of a fighter created from scratch in WWE Olympus. It is a really well-constructed game mode and, although it does not shine for originality, the possibility of interacting with the course of events (your decisions will unequivocally weigh on the fighter’s career) and the presence of curious curtains with real characters from the world of WWE makes it intriguing and capable of keeping you on the platform for a long time. Additionally, in myRise mode, users can also create arenas, leagues, entrance scenes and much more, unleashing creativity. Finally, the presence of characters like Braun Strowman, Keith Lee, Cesaro and Jeff Hardy, who long ago left the game ring and the Federation, is curious.

The MyFACTION mode, for its part, is nothing more than a kind of Ultimate Team in wrestling sauce but, in addition to the always controversial microtransaction system, it is extremely boring and very inappropriate for the type of sport in question. .

And if all the present and playable offline modes are not enough for you, it will be the amount of online play opportunities that will significantly increase the longevity of the 2K title and Visual Concepts. Finally, the game is localized in Italian in terms of menus and texts, while the comments are entirely in English, although it must be said that this element does not affect gameplay at all. 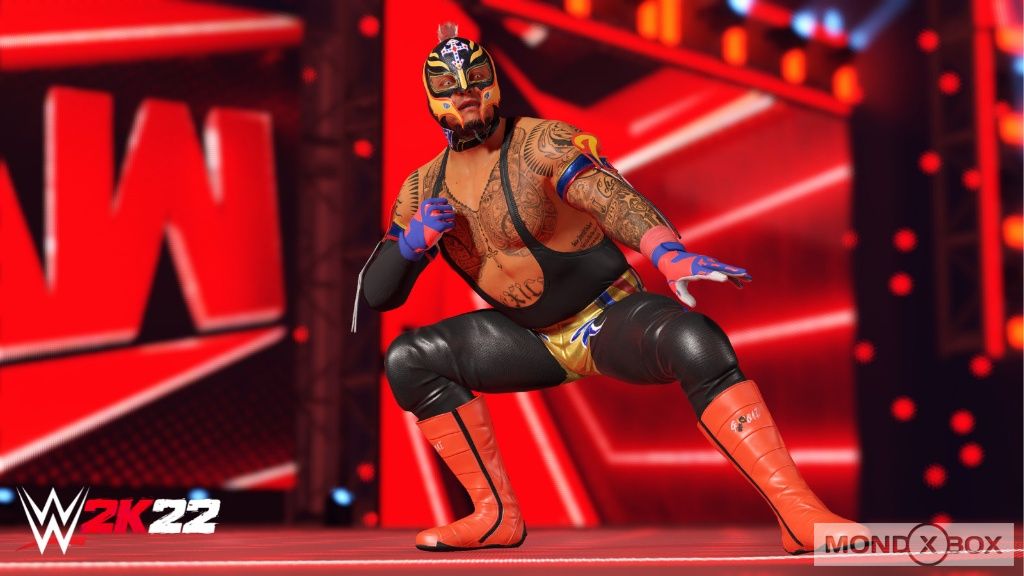 – Visual Concepts knew that, compared to the past, it was necessary to draw a line and start again and, from this point of view, we must say that the operation, net of some defects still to be corrected, was substantially successful. The bugs and glitches of the 2019 edition have largely evaporated, with a combat system overhauled from the basics, especially when it comes to attacks and reversals, slightly less so for grabs. Thanks also to a complete and detailed tutorial, you will be able to better manage the combos, since the combinations of keys that are pressed are more agile and usable even by novices.

The one who hurts by combo, by investment perishes

– If the combo system turns out to be very immediate, it would be an end in itself if it didn’t benefit from the presence of equally valid counter-attack management. And it is precisely here where the magnificent inversions come into play that, manageable with the Y key on the pad, can give rise to different effects depending on the time with which they are activated: a long press on the key in question allows us to simply raise our guard , while the pressure of it at the right moment before receiving the blow, allows us to parry and counterattack at the same time. There is also the dodge that expands the chances of escaping from an opponent’s combo and varies depending on the physical characteristics of the fighter employed. In the case of particularly agile characters (see Rey Mysterio), they can roll and avoid being scrambled by the opponent.

– Net of some collisions to review the new graphic engine gives a lot of satisfaction and the matches flow without tears or interruptions of any kind. It is also possible to admire some very special gems such as the moles on the wrestlers’ cheeks or a foot resting only on the first rope due to a hold made at the end of the ring. The fluidity remains intact, moreover, even when the fight moves out of the ring and ends up in the audience.

– The characteristics of the fighters, the design of the arenas and the surrounding elements are really of the highest level and absolutely consistent with the possibilities offered by the new generation machines. Each wrestler, especially those belonging to the current generation of wrestlers, is rendered in an almost manic manner except for the hair that doesn’t match the semi-perfection of the rest of the body. Other benefits are certainly represented by the presence of drops of sweat that accumulate during the match or the presence, on the athlete’s body, of the marks left by the opponent’s attacks.

We are the GMs

– Come back, in WWE 2K22, the General Manager mode, a real game within the game in which you decide to play the role of a manager who, as the first task, has to participate in the Draft and, with a selection system based on different turns (see NBA draft) , tries to bring the best fighters to his stable, a choice that will have to take into account several parameters such as fighting style, resistance, etc. But he tries not to throw all his money on the wrestler’s money, as the funds will also be needed to plan the weekly shows. And this second component is the most interesting, as you’ll need to be able to put on a show that includes an opening match and a main event, all interspersed with commercials and various interludes.

– If, as has been said, the bodies of the fighters are reproduced in a way bordering on photorealism, the same cannot be said of their hair and, above all, of the appearance of the public present in the arenas, finished too rough in comparison with the rest of the game environment. A better defined audience and, above all, more in tune with the action of the game would have been welcome.

WWE 2K22 manages to breathe new life and dignity into a much-loved franchise, making us forget about the misstep of the previous episode. The new graphics engine, the gameplay recreated almost from scratch, the richness of the offer and the general atmosphere that reigns in the game manage to corner those small imperfections in which surely there is still work to be done. The (re)boot base is therefore decidedly solid and Visual Concepts deserves our applause as a studio finally worthy of carrying forward the future of the WWE franchise.